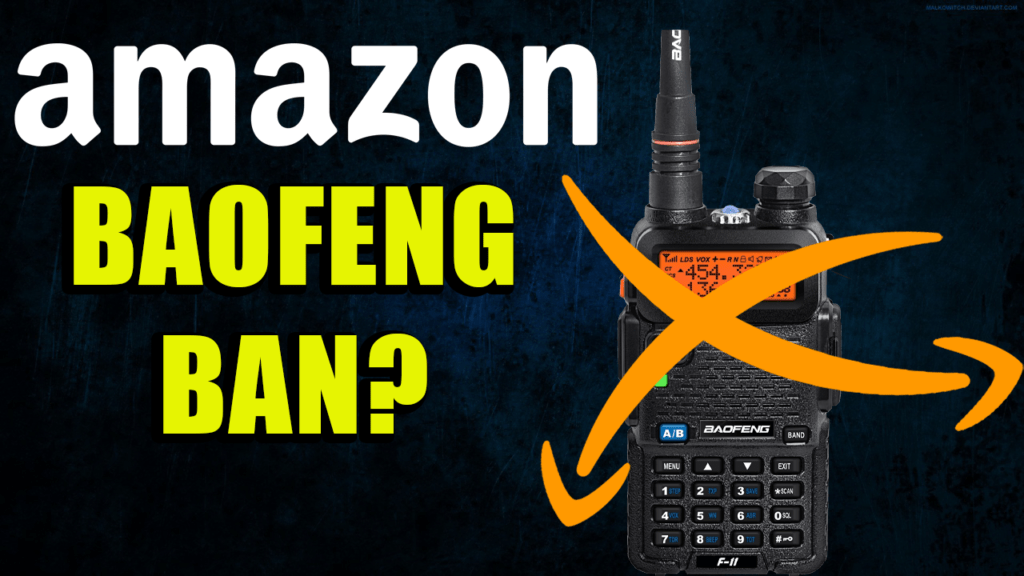 A few weeks ago the FCC issued a notice warning users about using Radios illegally. The intent was to combat the mass use in protests and other rumors suggesting they were used to coordinate attacks.

Amazon has moved to crackdown on unlicensed and uncertified “RF Devices” within their website. You can view their post on the amazon seller forums here:
https://sellercentral.amazon.com/forums/t/action-required-for-radio-frequency-device-listings-on-amazon-com/781188
New measures will be implemented to ensure that any device that is considered an “rf device” by the FCC, will need a proper registration number to be listed on amazons website. You can see what the FCC lists as an “RF Device” here: https://www.fcc.gov/oet/ea/rfdevice

It is my opinion that Amazon will be the first a several large online markets to start regulating these devices. As a legal radio operator, you should only really be affected in a positive way.

What does this mean for Baofeng?

The Baofeng radios have a history of having spotty FCC certification at best. For the most part I see these devices with a valid FCC certification. But some people are reporting that some of these Baofengs are stealing numbers from other devices. We’ve also seen listings with unbelievable specifications like “100 Watts output” on hand held radios. This could have the potential to “clean house” on many of these listings. We could also start seeing more Baofengs being manufactured for specific radio services, that will fall within all regulation guidelines. An exemption to the FCC certification is granted if the radio in question only operates on the amateur radio spectrum. We may start seeing some of these manufactures restrict software to those bands. This may be the worse case scenario for amateur radio users. Individuals buying these radios without a license because they are cheap will only be operating on the Ham bands, which is bad news for us.

What does this mean for Everything else?

If you’ve looked at what the FCC deems a “RF Device” you see that there are A LOT besides radios. We are talking about fans, phone chargers, microphones etc… These devices will now have to have valid FCC certification before they can be sold on the platform. This is great news for ham radio operators. We are handicapped with an enormous amount of EMI(electromagnetic interference). By cracking down on these devices that are well above emission standards, we are effectively cleaning up garbage on the air waves. A cleaner air wave means a happier ham. So in this way we will benefit from these new rules.